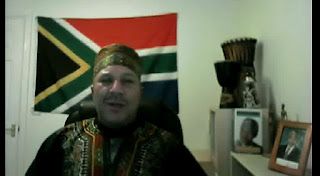 Highlands Primary, Nightingale Primary, Redbridge Primary, Chadwell Heath Academy, Loxford School, Oaks Park High School, Woodbridge High School and Ilford County High School were all given the privilege to meet Chris Lubbe via video conference. Chris gave a presentation about his life while living and growing up during during the apartheid era and of his experiences of becoming Nelson Mandela`s body guard.  Chris is a Janet content provider and gives presentations over video conference to schools across the Uk and world wide. Video conference allowed Chris to get his message across about forgiveness and perseverance to hundreds of pupils across the London Borough of Redbridge.


Bringing an expert (Chris Lubbe) into the classroom via VC made learning about racism and apartheid real, very moving, heart felt and inspirational. 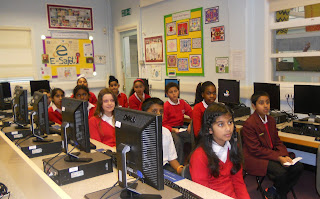 Redbridge Primary School quote : We feel privileged to have had the opportunity to have an insight into Chris Lubbe`s personal experiences during apartheid and Nelson Mandela`s term in presidency in South Africa. His talk on such a sensitive subject as racism was informative and full of personal anecdotes. The children were able to relate to the power of personal experiences. The pictures helped the children to fully appreciate his situation and the suffering caused by racism.
Chris left a huge positive impression on the children when he talked about forgiving people who had mistreated him and his culture. Children thought that it was amazing that he could overcome extreme racism and move on to become successful in his life.

To find out more about Chris Lubbe click here www.chrislubbe.co.uk
Posted by Mina Patel at 09:05