The National Janet (UK) Awards for Excellence by enhancing teaching in learning through using video conferencing was awarded to the four educational institutions below at the Bett Show 2014 on Friday 24th January by Rt. (Hon) Lord Jim Knight.

Tim Marshall, CEO for Janet(UK) and Andy Hsi, President of AVer Information (sponsors of the awards) are pictured below with each of the award winners who joined the Bett show live over video link from across the UK. 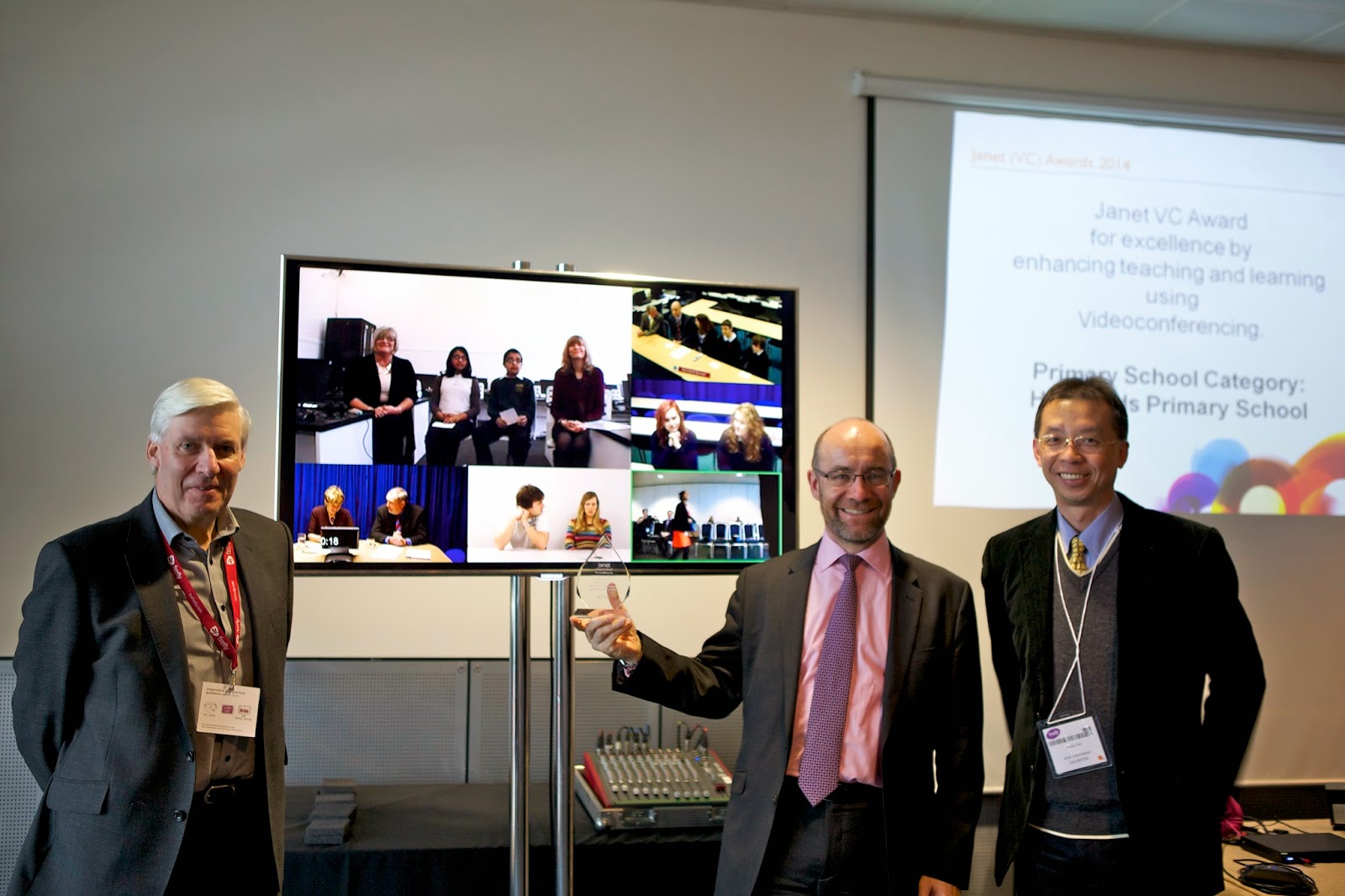 Kulvarn Atwal,  Head Teacher of Highlands quotes: In the last 18 months we have connected over 32 times with content providers and other schools. For example The British Museum, The National Archives, for School Council Meetings, meeting authors and show and share work with local schools. Just through connecting with Museums nationally we have travelled nearly two thousand virtual miles and we have saved just over ten thousand pounds in admin and travel costs alone.
Video conferencing has not only saved money for my school and time for my teaching staff but most importantly it has enriched the primary curriculum and brought new opportunities for our pupils; ones which they might never have had.

Belvidere was awarded national recognition for is extensive work with local content providers. 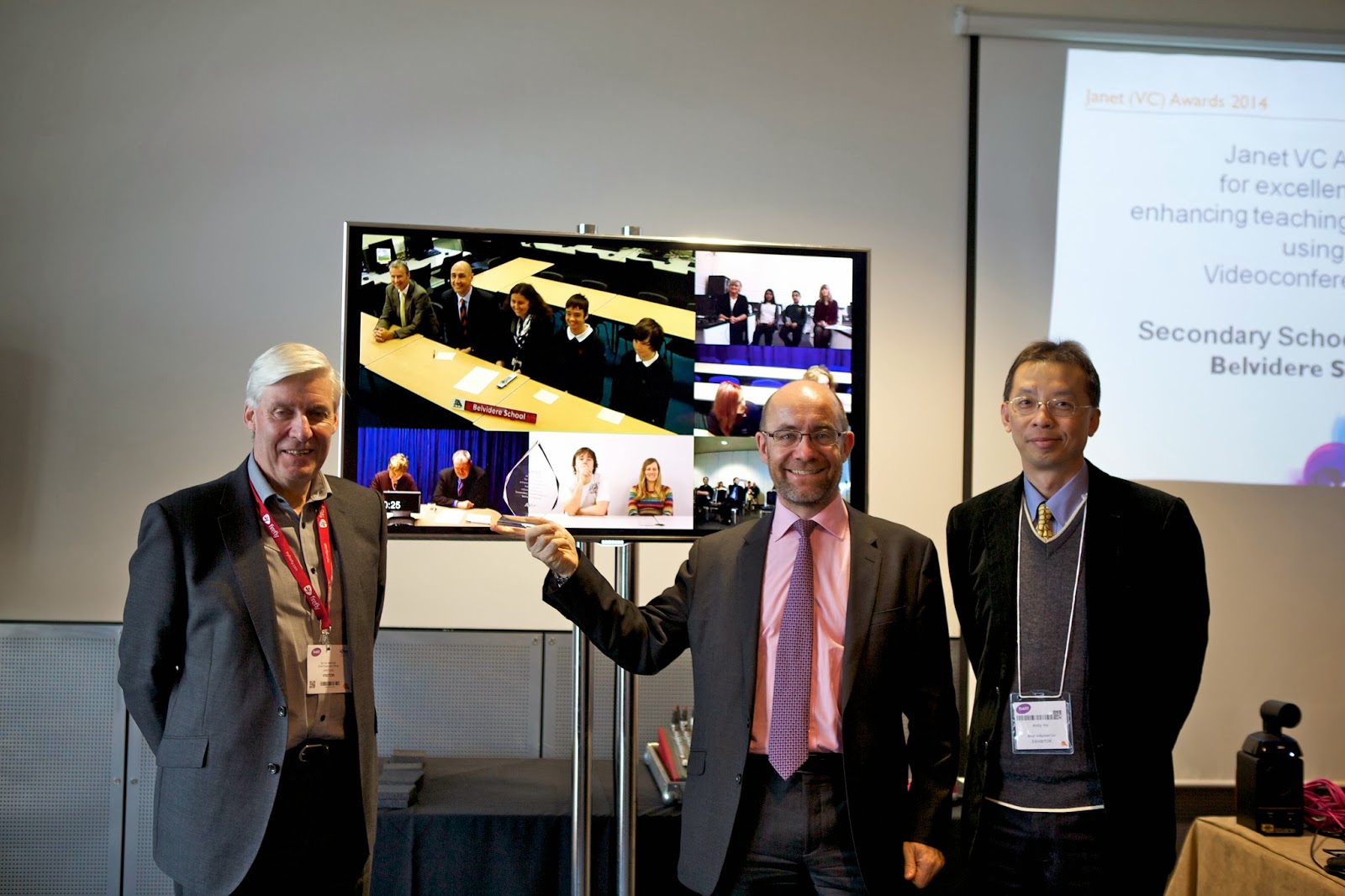 Claire Collier, Assistant Headteacher responsible for teaching and learning at Belvidere School quotes: We participated in various projects varying from Geography links with a school in Canada, French speaking assignments with a school in France, working with scientists in the field in Costa Rica and several projects with our local museum. The award was given for our work with Ludlow museum, whom I approached after noticing a lack of Maths opportunities with content providers. We worked together to design two projects, a geometry project looking at tiles from a local archaeological dig and a problem solving exercise where pupils needed to determine the height, gender and cause of death for a real skeleton. Both sessions involved artefacts that would be far too fragile to use in the classroom and therefore video conferencing provided us with an opportunity to make maths real for our students.

Grŵp Llandrillo Menai won national recognition for their impressive use of VC to deliver courses across Wales. 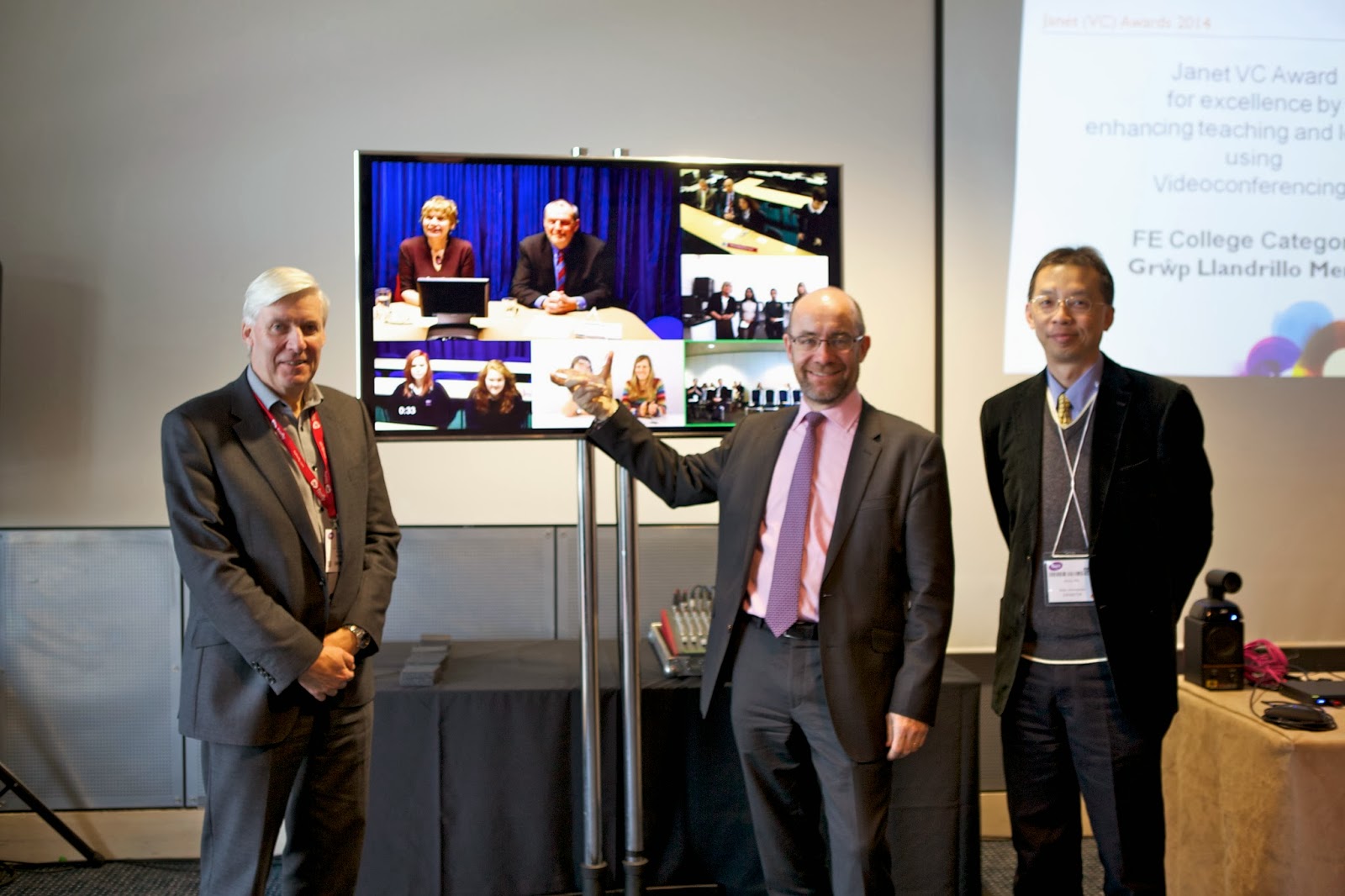 Glenda Elizabeth Davies, Project Co-ordinator Video Teaching Through the Medium of Welsh quotes: Our staff are able to offer courses via Video Conferencing in Welsh, English or Bilingually, to schools and colleges across Wales to establishments who may not have the staff to teach those subjects. This has enabled students to have access to a range of high quality courses that would otherwise not be available to them.
This would be impossible without Janet. The staff are so helpful, efficient and friendly.

UCL and Imperial College gained national recognition for using VC to connect their Science Phd students to schools across the UK. 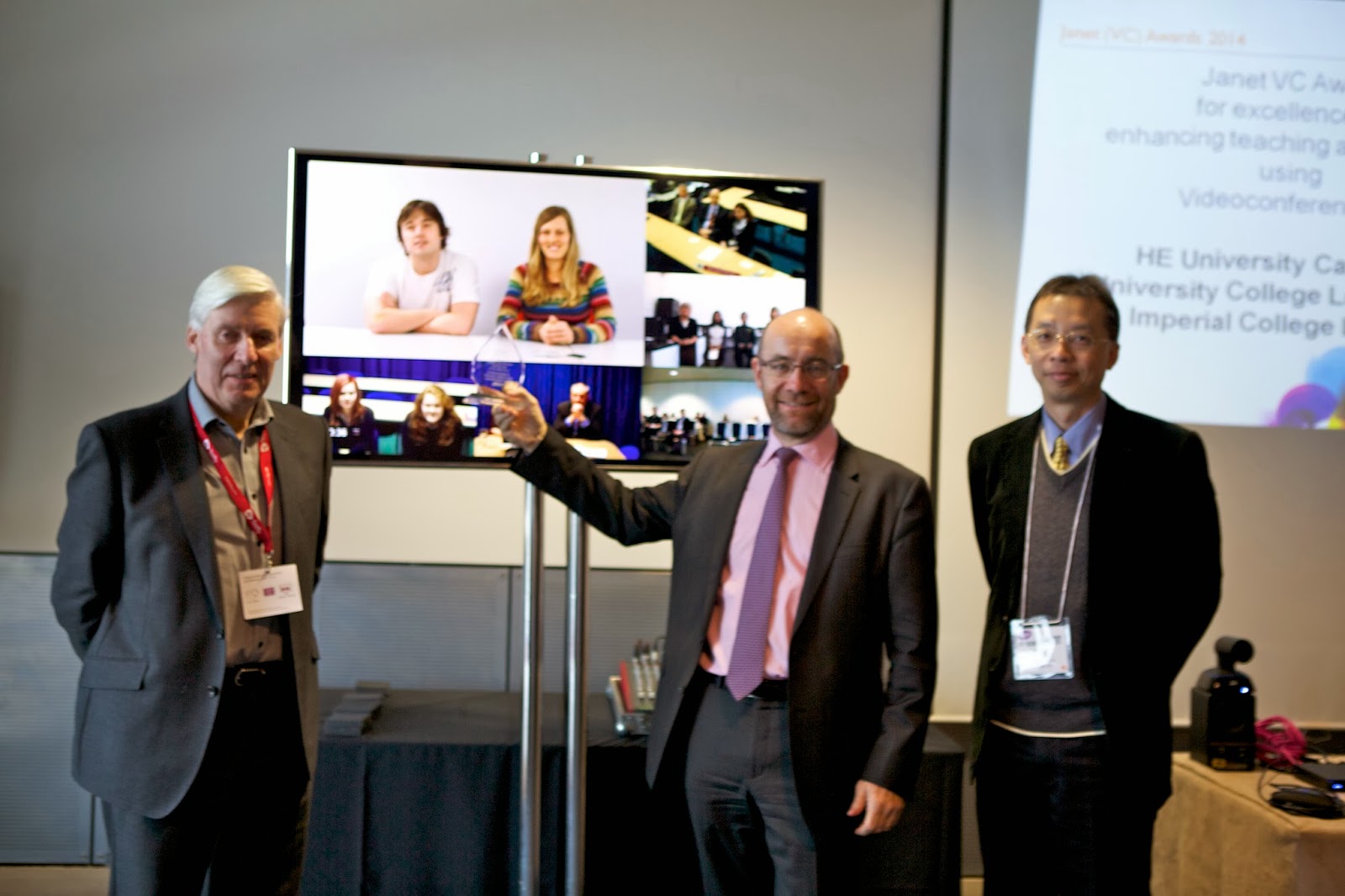 Isabel N. Christie, PhD Student of Neuroscience at UCL quotes: I organised a series of video conferences with schools through Virtually University. The aim of the series is to get young people (like PhD students) to talk about their personal journey into a science career. The trophy was awarded to 'Isabel Christie and Leon Vanstone, University College London and Imperial College.